Warning: "continue" targeting switch is equivalent to "break". Did you mean to use "continue 2"? in /homepages/45/d285268989/htdocs/mummymcauliffe.com/wp-content/plugins/gravityforms/common.php on line 4815
 Green People Age Defy+ Tinted DD moisturiser up for review | mummymcauliffe
Previous Post

I’m a bit of a novice when it comes to skincare and makeup. They’re not something that I’ve ever been that interested in spending my money on, and I’ve been lucky in always having fairly clear skin, so have been able to get away with it!

Well…that was until Wolfy entered my life, who decided that he wasn’t going to let me sleep for a whole year. Cue the rapid onset of ageing!  The results of getting up six, seven, eight times each night have been fairly dramatic. Not only have more grey hairs appeared, but my skin is beginning to need a little more attention than I have previously shown it.

So when I was asked by Green People if I would like to try their new Age Defy+ Tinted SPF15 DD moisturiser, the timing couldn’t have been more perfect. 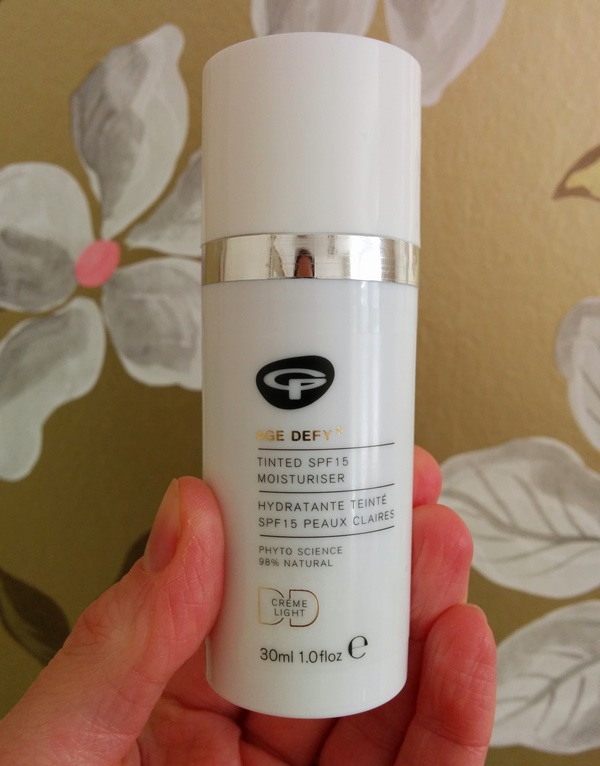 This is the first certified organic DD cream to launch in the UK. It is available in two blendable tones of light and medium. I have quite fair skin, and after testing the two shades, I decided the light one was definitely most suited to my complexion.

I generally avoid foundation as I’ve never been able to find one I like, and on the odd occasion when I’ve had my makeup applied professionally, the foundation has always seemed ‘too much’ and played havoc with my skin. But a tinted moisturiser I was intrigued to try, as it was clear that my skin needed a bit of a pick-me-up, particularly at this dreary time of year.

After the first application, I was genuinely quite taken with this product. It’s so easy to apply which is a big winner in my book, as it blends in really nicely to give even tone and coverage. There’s no greasiness, and on my skin it absorbs quickly leaving it really soft to touch. The coverage is very light and subtle, creating just the sort of look I was after. But what I really love is the natural glow and soft shimmer it creates which is perfect for daytime, and just what my tired complexion was in need of. It also smells beautiful, of Tiare Tahiti flower extract apparently.

With a broad-spectrum of UVA/UBB SPF15 protection, and long-term anti-aging ingredients, the daily use of this cream is also going to hopefully prevent any further ageing for a while!

Just a small amount is needed for one application, so I suspect the 30ml bottle will last me a while. But when it runs out, I will definitely be replacing it!

Disclaimer: For the purpose of this review I was very kindly sent the product by Green People. All opinions stated here are of course my own.