Warning: "continue" targeting switch is equivalent to "break". Did you mean to use "continue 2"? in /homepages/45/d285268989/htdocs/mummymcauliffe.com/wp-content/plugins/gravityforms/common.php on line 4815
 Christmas lunch at The Globe Inn, Highcliffe | mummymcauliffe
Previous Post

There’s nothing like an early Christmas dinner to get you in the festive spirit!

We were kindly invited by our local Whitbread Inn, The Globe in Highcliffe, to sample its new three-course Christmas menu this weekend. Having never visited The Globe before, we were intrigued to try it out, and it’s always nice to find a new child-friendly and affordable place to eat as a family. The children had been asked to select their menu choices a few days in advance, and so all week they’d been talking about their pudding choices particularly!

We were greeted by a friendly member of staff who showed us to our table, which was tastefully decorated with crackers and party poppers. The kids were given activity sheets crammed full of puzzles, colouring in, mazes and games, which they immediately got stuck into and kept them happy and entertained until the first course arrived. 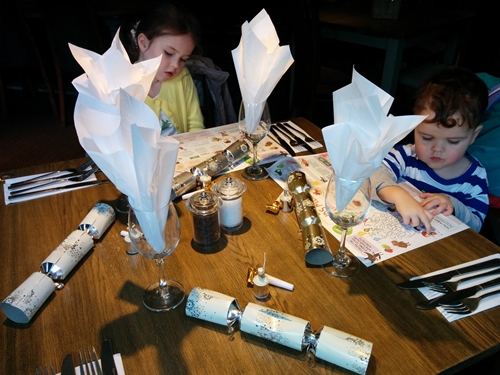 For my starter I chose a classic prawn cocktail, which always goes so nicely with Christmas dinner. It didn’t disappoint; the prawns were so delicious that the children pinched most of them, and there wasn’t a soggy lettuce leaf in sight. It all seemed beautifully fresh and crispy. My husband was just as happy with his coarse pork pate, which was served with chunky granary bread. 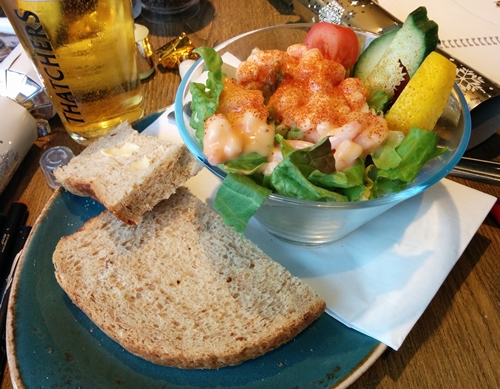 After a nice break between courses, we then moved onto the main event…Christmas dinner! It was definitely a case of my eyes being bigger than my stomach. The portion was enormous, with every trimming you could possibly imagine. I even had an additional side of my absolute favourite, cauliflower cheese. The children’s portions were almost as big. What I particularly loved was that each portion was served with an additional jug of gravy, and a little pot of fresh cranberry sauce which my son proceeded to smear over everything once he realised how delicious it was. My daughter shrieked with delight when she noticed that he was even dipping each individual pea in the sauce! 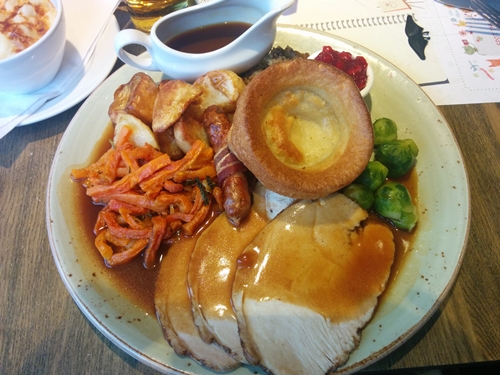 The main beat me; it’s rare that I’m unable to finish a plate of food, but I was genuinely stuffed. I was however careful to leave just a tiny bit of room for my pudding, which was Christmas brownie served warm with mince pie ice cream, caramel and chocolate sauce. The photo says it all really; I definitely had the pudding that everyone else wanted! 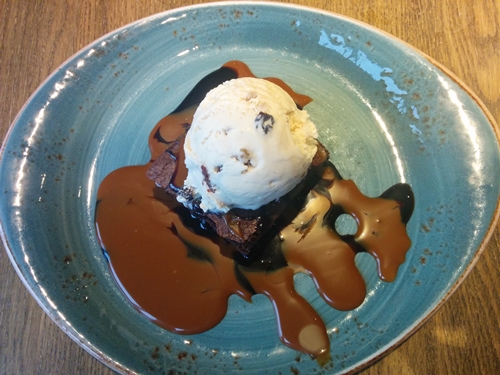 My daughter was delighted to have her own individual Christmas pudding, complete with custard and edible gold stars. And my son did his very best to finish his tower of mince pie ice cream, crammed full of raisins, chunks of crystallised ginger, cherries, cinnamon, and goodness knows what else.

It was a delicious meal, and priced extremely well at £16.49 for three courses. We’ll definitely be back!