Warning: "continue" targeting switch is equivalent to "break". Did you mean to use "continue 2"? in /homepages/45/d285268989/htdocs/mummymcauliffe.com/wp-content/plugins/gravityforms/common.php on line 4815
 Interview with Ina May Gaskin, prize-winning US midwife | mummymcauliffe
Previous Post 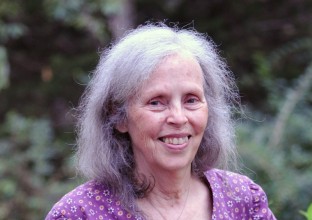 Interview with Ina May Gaskin, prize-winning US midwife

Published by Wendy McAuliffe In In the News 1 Comment

Yesterday, US midwife Ina May Gaskin collected her prestigious 2011 Right Livelihood Award – widely known as the ‘Alternative Nobel Prize’. She was one of four winners, who celebrated their success at a ceremony in the Swedish Parliament in Stockholm.

The Right Livelihood Award jury recognised Gaskin “for her whole-life’s work teaching and advocating safe, woman-centred childbirth methods that best promote the physical and mental health of mother and child”.

Ina May kindly offered to speak to me about her views on natural childbirth, particularly in relation to the recent change in rules regarding elective caesarian sections on the NHS, which will ultimately make it easier for women in England and Wales to choose how they would like their baby to be delivered.

Please note that the words and opinions expressed in this interview are entirely those of Ina May Gaskin, and do not necessarily reflect my own personal beliefs. The interview is reported in Ina May’s exact words.

Q. Congratulations on winning this year’s Right Livelihood Award. How did you feel accepting the reward?

A. I am elated at receiving this year’s Right Livelihood Award, especially since I am the first midwife to win this honour. At the same time, I feel what an enormous responsibility it is to speak for midwives at this time when our profession is in such peril all over the world.

Q. Let’s start with the groundbreaking news that women in England and Wales will soon be able to choose whether they want a caesarean section or natural birth…what do you think will be the outcome of these new UK guidelines?

A. More women will have caesareans, of course—that is, unless doctors themselves take an ethical stand to honour the Hippocratic oath’s requirement to First, do no harm. The additional cost to the NHS will be substantial—in a time of financial crisis. Who benefits? Not the women and not the babies. However, medical equipment companies and pharmaceutical corporations will rejoice.

I hope that more women won’t opt for caesareans, but when the Government response is to cave in to what would have been considered unethical practice just a few years ago, I won’t be surprised if the caesarean rate rises significantly.

Moreover, when caesarean rates exceed the 15-20% recommended by the World Health Organization as an upper limit, there is a concomitant loss of knowledge on the part of the caregivers who function within a system in which surgery is increasingly seen as acceptable even when it isn’t medically indicated. An increasing number of physicians, midwives, and nurses have never had an opportunity to witness an undisturbed birth, manual means of diagnosis, or ways of correcting the position of a baby in order to facilitate birth. Teaching hospitals with high rates of epidurals or caesareans turn out nursing, medical, and even midwifery students have never had little chance to learn the difference between normal pain associated with labour and the kind of pain that indicates a complication that requires immediate medical attention.

Every country is experiencing the phenomenon of some women being afraid to give birth, so much so that a new word has been coined: ‘tokophobia’. Finland is taking a much different approach, which has helped the country to keep its caesarean rate at 17%. They have established a network of “fear clinics” and these clinics seem to have been successful to some degree, at least in keeping the caesarean rates at relatively low levels.

Even the language of how this ‘choice’ is stated is dishonest, because more pregnant women are having trouble avoiding unnecessary caesareans. Once doctors set aside their ethical values in this way, they leave the door open to the exploitation of women giving birth.

Q. What are the main dangers of a woman opting for a caesarean section, who doesn’t medically ‘need’ one?

A. More infection, much more blood loss, nicks to internal organs (including the uterine artery, the intestines, or the bladder), proliferation of scar tissue following the surgery, loss of fertility following the surgery, and in future pregnancies, especially after there have been two or three: placentae accreta/increta/percreta, often combined with placenta previa. All of these placental complications are life-threatening to mother and baby.

Q. With developments like this happening in the Western world, what do you feel is the future for natural childbirth?

A. In several Eastern European countries, natural childbirth is already, in effect, illegal, unless the mother has the good fortune to give birth so quickly that no one has a chance to abuse her during the process. Countries that forbid homebirth often have obstetricians who may not have high caesarean rates, but who routinely apply very rough fundal pressure to virtually every woman giving birth.

Private hospitals in Brazil have caesarean rates of 85-95%. In public hospitals there, where caesarean rates are lower, the staffing is so sparse that labouring women actually beg for caesareans, since they are forced to lie on their backs during their labours which are augmented by oxytocin drip without anaesthesia, while being subjected to verbal abuse whenever they cry out. Too often the bullies are in charge and the people who could lead the way out of these insane policies are ignored or disrespected themselves.

Q. As a proponent of natural childbirth, what would be your advice to women who are fearful of another difficult natural birth, after having had a traumatic previous labour?

A. It’s good for women who have experienced tough labours and births to gather together in circles, preferably with a midwife or doula who is knowledgeable about the capacities of women’s bodies in birth. Talking about feelings is helpful and validating.

I get quite a lot of feedback from women who read Ina May’s Guide to Childbirth, saying that it helped them understand what prolonged a previous labour.

Many women who had a difficult and complicated natural labour with their first child can have a surprisingly easy labour with their second…most complications that contribute to a long labour aren’t necessarily going to be repeated. So much depends upon what you expected, what you knew in choosing your caregiver, the atmosphere and the behaviour of the people in your immediate presence, how you felt when you went into labour, and so on!

Q. What are the best ways for women in this situation to prepare themselves both mentally and physically for childbirth?

A. I like to suggest to women that they go to YouTube and type in “The Dramatic Struggle for Life” and “chimp birth Attica Zoo”.

In both cases, it’s possible to observe female mammals in unnatural settings (in a way, similar to hospitals perhaps), but they are able to access their own instincts (in the elephant’s case, she has to resuscitate her own baby) and to gain obvious satisfaction from giving birth. Watching other mammals enables us to think about what it might be like to override our social conditioning that inhibits us from taking positions that our bodies want to be in during labour just because some authority figure tells us to do something for their convenience or some other fraudulent reason.

Q. What sort of thing should a woman in this situation put in their birth plan, so that midwives are aware of their fear and can give them all of the support that they need?

A. It’s hard for me to know from this distance how effective birth plans are in the UK and what to write in them that will protect one from treatments or routine practices that make it more difficult than it should be to labour and give birth. I think there is a very good case to be made for hiring a doula if at all possible, or for asking a friend to get doula training.

But I do know that women need to speak up when popular midwives or doctors are persecuted. There has never been anything such as a forced home birth, but there have already been plenty of forced caesareans in the US. I’m worried that this loosening of guidelines about the acceptability of medically unnecessary caesareans performed at public expense will move maternity care policy in the UK in the wrong direction.

Please share any reactions or thoughts in the comments section below. If you have a particular question for Ina May I will do my best to get a response.