Warning: "continue" targeting switch is equivalent to "break". Did you mean to use "continue 2"? in /homepages/45/d285268989/htdocs/mummymcauliffe.com/wp-content/plugins/gravityforms/common.php on line 4815
 Flexible parental leave...does it get my vote? | mummymcauliffe
Previous Post 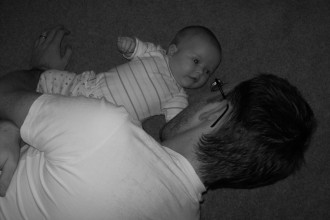 Flexible parental leave…does it get my vote?

Published by Wendy McAuliffe In In the News 2 Comments

Today the government announced plans for a shakeup of the parental leave system in England, Scotland and Wales, which will give new mums the chance to share their maternity leave with their partner.

Under the new system, which will come into effect in 2015, mothers will be able to return to work two weeks after childbirth, and parents will be able to share the remaining 50 weeks of leave between them as they like. Leave could be taken in turns, in different blocks, or at the same time, providing they give enough notice to their employers.

An important point to make is that the government is not throwing any extra cash at this idea. It will fall to the employer to cover the costs of this new system of flexible parental leave. Which for many small businesses (like mine!), could have detrimental effect.

On the face of it, the proposals might seem a step in the right direction, in terms of the government doing more towards helping families achieve a better work-life balance. Speaking as someone who has been fortunate enough to have my husband at home a great deal of the time during my daughter’s early years, owing to us both working from home, I can see how much my daughter has benefited from having both of her parents around her. She’s a Mummy’s girl, and a Daddy’s girl. Her bond with her Daddy is incredibly tight.

I can also see how some Mums might like to have this option available to them, and I respect them on that point.

But I also see how a system like this could do nothing but add to the sheer amount of Mummy guilt, which most of us feel, most of the time. A friend of mine commented to me recently that the circle of Mummy guilt has got so bad now, that if you don’t feel guilty all of the time, you’re probably doing something wrong! Freedom to fulfil the Mummy role has been chipped away at so much for our generation, that I worry this will only place more pressure on Mums in high-earning positions to return to work sooner than they had originally planned.

Don’t get me wrong…I have nothing against Dad’s being the main caregivers, in situations where that’s the best thing for everyone involved. My husband and I have certainly juggled childcare over the past couple of years. But in my view, flexible parental leave could end up creating unwelcome dilemmas for mothers, who might feel compelled to return to work too soon, simply for financial reasons.

I returned to work part-time when Little I was eight months old. Prior to having her in my arms, this had seemed like a perfectly do-able arrangement…but when the time came, it was way too soon for me and I was far from ready to be leaving my baby three days a week. As a result, I found the whole process to be incredibly traumatic and emotional. I really worry about Mums being guilted into returning to work before they are properly ready. I remember reading an article about a school head teacher returning to work the same day as delivering her baby! She was clearly a very driven career woman, but if employers see that the option is there for women to return to work after just two weeks, will there be a new stigma attached to highfliers who choose to take their full 52 weeks of maternity leave? I am certain that pressure is already there, in some organisations.

So what’s the solution? In my book, it would be a far better system of support for Mums when they are genuinely ready to return to work, which would include much more affordable childcare, and more flexible working hours for both parents. I’d love to see flexible working become more commonplace in this country, with no stigmas being attached to it. Sadly, some other European countries are far more supportive of family life.

This is certainly a controversial subject, and I hope I have explained my views clearly enough so that they won’t be taken out of context. I’d love to hear what you think. It’s rare that I choose to get on my soapbox on my blog…so let’s get a good discussion going!