Warning: "continue" targeting switch is equivalent to "break". Did you mean to use "continue 2"? in /homepages/45/d285268989/htdocs/mummymcauliffe.com/wp-content/plugins/gravityforms/common.php on line 4815
 A mother's reflections on the Jubilee celebrations | mummymcauliffe
Previous Post 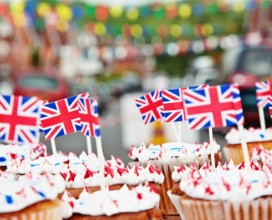 A mother’s reflections on the Jubilee celebrations

Published by Wendy McAuliffe In In the News 2 Comments

I didn’t expect to be writing anything about the Jubilee celebrations this weekend. I’ve never been much of a royalist, and prior to this weekend I was a bit of a Jubilee cynic. As the masses of Union Jack bunting (and even cardboard cut-outs of the Queen) draped the streets and houses around us , I smiled at their tackiness and questioned how much money people were prepared to spend on these things.

But I now see that I was hugely missing the point of the Jubilee celebrations. Above anything, it has been a wonderful demonstration of community spirit, and something that I feel Britain desperately needed, particularly in the face of our struggling economy.

My road was lucky enough to host a street party (well it actually took place in the Church hall at the end of our road!). It was organised by a retired couple, who had apparently received a recent “windfall” and rather than keeping it for themselves, wanted to put it into something that all of their neighbours could enjoy. The party was beautifully organised, with everyone contributing food and drinks.  It was a chance to finally chat properly to some of the young families living in our road, and introduce ourselves to newcomers. I met so many lovely Mums who it turns out I have so much in common with, and who I would otherwise probably never had the opportunity to get to know. Likewise Little I made some sweet new friends, one of whom she has already nicknamed “Flapjack”! She was however very disappointed that the Queen didn’t make it to her own party, or get to see the outfit that she had picked out herself – a Tinkerbell costume complete with fairy wings and a cat mask!

The party was such a success that it was agreed we would do it again at Christmas, and try to make it a fairly regular thing. I really hope that turns out to be the case. It made me so grateful to live in such a lovely street, as we plan to be here for a good few years!

Today, despite the grim weather, we ventured out to our Church’s family day. I think normally we might not have bothered, but it’s amazing what a bit of community spirit can do to lift the mood. I don’t think I was the only one feeling that way. Everyone was in good spirits and no one was letting the weather ruin things. So much so that the Church pews had been cleared to make way for a bouncy slide, table tennis and skittles!

In the Queen’s Jubilee message, she speaks of the celebrations being a “humbling experience”. I agree with her completely. So much love and effort has gone into make this a Jubilee weekend to truly remember, both on a local and national scale.

So often we hear in the news about the disintegration of society, and it becoming a place that, quite frankly, I sometimes worry about my daughter growing up in. Let’s hope that as a nation, we can keep hold of this sense of community for a while longer.

On my way home this afternoon, a driver in a 4×4 angrily beeped her horn at me, for no reason at all other than her own impatience. It genuinely took me by surprise, when usually it wouldn’t have done. I’ve almost got a bit used to the friendliness and smiles that have been about this bank holiday. We’re trying our best to raise our daughter to be a happy, friendly, kind person…but it makes me realise that it would be nice if she saw that exhibited a bit more in society around her.

As the Jubilee celebrations draw to a close, are you having similar reflections? I’d love to hear your thoughts below…