Warning: "continue" targeting switch is equivalent to "break". Did you mean to use "continue 2"? in /homepages/45/d285268989/htdocs/mummymcauliffe.com/wp-content/plugins/gravityforms/common.php on line 4815
 National Adoption Week: Adoption’s Gift | mummymcauliffe
Previous Post 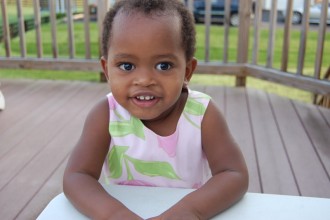 Published by Wendy McAuliffe In Guest Posts No Comments

This week is National Adoption Week, and to mark the event, I’ve asked my friend and former colleague Micheal Mullen to contribute a guest post on his recent experience of adopting a beautiful three-year-old girl from Ethiopia (as pictured). I will leave him to do the talking…

When I first thought of the word adoption, it felt like a stigma, a recognition of failure, a second option or a visible ‘plan B’ to others. Yet first impressions are often so wrong. As I shared our decision to adopt a little girl, all of a sudden, friends whom I loved and respected told me that they were adopted, or others had family members who were adopted…and this is when the definition began to change.

The word means so much more to me now. Adoption ultimately isn’t about you. It’s about a child. It’s about opening your whole life up to embrace a vulnerable child into your heart, home, family and in our case, opening ourselves up to a culture that embraced us in return. And when I reflected on what adoption meant to me, I remembered several phrases from Aldous Huxley’s ‘Island’ including this: “Mutual Adoption guarantees children against injustice and the worst consequences of parental ineptitude.”

While my wife and I, unlike others, did already have a wonderful son together, we both felt that despite any differences that we had with our siblings, having another person in the world that will share our unique family perspective was important. When our doctor ended that plan for our second baby, my wife suggested that we adopt.

Looking at the programs that already existed, we chose to adopt a child from Ethiopia, a place that we had never been but since we had friends from Africa and had a fondness for the Ethiopians that we had met, the decision was easy. My in-laws were immediately overjoyed with the idea of having a new child to play with and my mom was blisteringly overwhelmed with pride.

Over the next two years and a half years, we subjected ourselves to police inquiries, visits from a social worker and saw our small fortune dwindle. Our journey, which began with the desire for an 18 month girl turned into a 24 month girl and eventually a three year old girl with less than optimal health issues. Adoption means more than just a child, it means adopting a less stringent set of expectations, ones that you never before thought you’d have to decide.

In the end and two trips to Ethiopia, our almost three-year-old daughter arrived in her room, the perfect accessory to our home and family. In her first three months, she’s given us smiles, a new perspective, a lot of new friends, a small amount of language and helped to add a new culture to our entire family. To her, we bring those things that we promised to her grandfather: food, hope and opportunity. And with all those things we give to her, she’s already given so much.

Adoption means a gift, a reward, an opportunity to add to a family and a chance to go beyond one’s self to share who you are. My new definition of adoption is inspired by my daughter’s name, Sitota, which means gift in Amharic and I couldn’t imagine a better name.

For more information about the UK adoption process, please read these ‘10 steps to adoption’.