Warning: "continue" targeting switch is equivalent to "break". Did you mean to use "continue 2"? in /homepages/45/d285268989/htdocs/mummymcauliffe.com/wp-content/plugins/gravityforms/common.php on line 4815
 Guest post: Terrible Two's? Jo Frost to the rescue! | mummymcauliffe
Previous Post 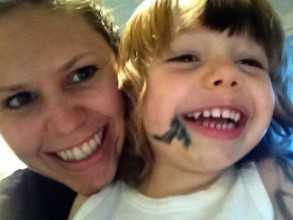 This guest post is authored by my friend Amy Blackham, who I met at my antenatal classes in Bournemouth. Her son Charlie arrived two days before my daughter…

At 30 months our little boy, Charlie, is a fully fledged toddler with all the attributes you’d expect. He’s a walking, talking bundle of fun in awe of everything around him. He’s also having temper tantrums to give the best of them a run for their money. Not getting dressed, not getting undressed, throwing toys, hitting out and throwing impressively dramatic wobblers when he doesn’t get his own way.

Enough’s enough we cried (literally!). Rather than expose ourselves and apply for the Supernanny TV show, we opted for the more low-key option of buying her book: Jo Frost’s Confident Toddler Care.

The book is split into four clear sections which you can dip in and out of, or read in sequence. I started with the latter and on day one, before even getting a third of the way through part one, Charlie and I were decorating his new reward chart which we placed on his bedroom door. It soon filled with stickers (cars, trucks and lorries of course) once he was dressed in his PJs and boasting minty fresh breath. Inspired, I read on!

The book highlights some really practical tips and tools for helping parents to manage their own behaviour when dealing with toddlers – as you’d expect if you’ve seen the TV shows. We dutifully wrote them up and put them on the kitchen wall as a reminder for when we might start to lose our cool.

By bedtime on day two, there were more stickers on the reward chart and we’d experienced just one, short-lived meltdown. After bedtime, we did our homework… yes, homework! Amazingly, for the first time in two and a half years my hubby and I talked about what was important to each of us about raising a family. We agreed on some values we wanted to instil in our little toddler, and some rules for us all to live by. We also worked out what our ’toddler trials’ really were and prioritised which to work on first. That’s where the book really helped us. We didn’t feel patronised or incompetent; rather, we had found the right tool to get us talking and work things out pragmatically. Once we’d identified our priorities we could easily use the index at the back of the book to dip in and find the techniques we needed.

For us the biggies were “The Handover” at nursery and Charlie’s temper tantrums. “The Handover” does deserve the gravitas the speech marks suggest… for nine months I have had to pretty much prise Charlie from me, despite the fact that he loves his nursery and friends. Standard separation anxiety stuff, but an emotional wrench for us both and exhausting after three times each week! The book suggested the ’Goody Bag’ technique, whereby we pack up some of Charlie’s toys and take them to nursery to show his friends. I called ahead and checked with the nursery, who were really supportive, so we decided to give it a go.

This is where I get a little emotional. I didn’t like to tempt fate, but with the reward chart helping us get up, dressed, goody bag packed and out the door in just twenty minutes (whoever put the ‘alarm off’ button so close to the ‘snooze’ button should be talked to very sternly) things were looking positive at 8am on day three. I pulled up, no tears. We walked through the door, a hand hold but no tears. Coat off, no tears. By this point might I add, I would usually have a soggy limpet on me. And then off he toddled to his key worker and friends with his bag to show them what he’d taken in. See ya mummy. Job done.

Needless to say I wept with joy once in the invisibility cloak that was my car. It had worked! Something so simple and easy and it had worked.

Day four – same thing! The next step will be seeing if we can have the same success on days five, six to infinity. I’m sure there will be blips but now I know it can happen, I will persevere.

Next up… the temper tantrums. We haven’t actually experienced any major incidents since putting the reward chart in place. In all honestly, that’s probably also because we’ve been adapting our behaviour more, and thinking ahead. But when the inevitable does happen, we’re armed with new skills to try out. We already use her ‘Naughty Step’ technique – although we call it “time out” – but occasionally he sees that as a game and we’ve struggled to retain our authority. So now we have the ‘One Strike and You’re Out’ and ‘Toy Confiscation’ techniques in our armoury. The latter will be especially useful with our little man as he does like to throw a toy or three when having a strop. All we have to do is take the toys he throws and place them in a box. We then determine how long they stay in there. Depending on age, that could be a few hours or up to two days. There’s a good chance he’ll soon have no toys to play with and we’ll need a bigger box, but it’s got to be worth a try!

In summary, and before even reaching the end of the book… I’m sold. Her advice is practical, simple and motivational. You don’t need to be regimented, but you do need to be disciplined to follow things through. There are tailored sections in each part of the book for single parents, working parents, adoptive parents and parents of multiple babies. She has tips on encouraging healthy eating and potty training, and suggests activities and routines to keep your toddler harmonious. There’s also first aid and emergency care information, as well as contact details for a host of support and advice organisations. And best of all, it’s easy and enjoyable to read, nicely laid out with boxes and images to break up the text and keep you turning the pages.

It’s not a cheap book at £16.99 but if you’re struggling with the toddler times and perhaps thinking of selling your child to a travelling show, this is certainly a good option to consider. It gets you talking, it makes you feel confident to parent, and it might just make your family a little closer. If you’re more of an online-alite then check out her website for free. Me, I like the feeling of having a ’how to’ manual to have and to hold.