Warning: "continue" targeting switch is equivalent to "break". Did you mean to use "continue 2"? in /homepages/45/d285268989/htdocs/mummymcauliffe.com/wp-content/plugins/gravityforms/common.php on line 4815
 Guest Post: 10 handy iPhone apps for parents and toddlers | mummymcauliffe
Previous Post 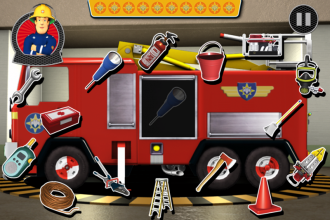 This guest post is authored by Laura Jenner, who is an old friend of mine and a former work colleague. She is a digital media professional by day, and mum to three-year-old twin boys for the other 24 hours of the day.

It’s become a common sight – parent hunched over smartphone screen while their child plays/dribbles/sleeps. Equally common is the sight of uber-phones in little sticky hands, having their screens smeared in jam while providing an educational (or possibly just distracting) way to calm them down for a bit.

I’ve found my iPhone a vital part of keeping life organised and myself in touch with the world since having my boys. I didn’t have a smartphone for the first couple of years of their lives, but I really wish I had. The hardest thing, though, is actually finding apps that are useful in the gynormous App Store. (My understanding is that Android phones suffer from the same ‘surplus overload’) so I’ve rounded up 10, based purely on my limited research of what’s been useful, that can help out parents with young children. Some are fun for them, some are useful for you! They are listed in no particular order. A lot of them are also available for non-Apple smartphones.

One of the biggest challenges for parents (and anyone with a busy life) is literally to remember what needs doing, and attempt to get it done.  ‘Things’ was recommended to me, and I haven’t looked back since downloading it (I’m also seeing it pop up in other App recommendation roundups that I’d trust). It enables you to set up lists of items you need to get done in the near future, or that you have dates for, but also to set up lists for ‘someday’ where you can keep track of random ideas that you might have (which I previously always failed to write down). I’ve used it to organise birthday parties, keep running goals on track – and it’s been reminding me for a week that this article is due! Definitely one to try out (it is reasonably expensive, but I find I’m using it every day) if you’re keen to get your personal organisation (back) on track.

A modern take on old favourites. Nursery Rhymes allows children to interact with their favourite nursery rhymes by shaking the phone or using the touchscreen. Mine have a worrying tendency to spend a lot of time chopping the tails off the three blind mice, but to their credit they always reattach them.  The illustrations are clever and easily manipulated even by young children, and there are enough rhymes in there to justify the price tag. You can turn the narration off if you want to read the text yourself, and in the iPad version there’s even a novel set-up where you can ‘share’ the app and read to your child even if you’re far away. Presumably this is intended for business trips rather than reading bedtime stories from the sofa with a glass of wine.

The one app I wouldn’t be without. This free calorie-counting app, which is easy to use and allows you to keep track of what you’re eating and burning each day, has been the key to losing the ‘baby’ (=cake, in my case) weight. It’s got a massive database of foods and a barcode scanner to make tracking calories so, so simple. You can also track weight loss and your nutrient intake, and stay in touch with friends through the news feed and basic messaging.  I don’t think it has a breastfeeding setting though, so it’s one for after weaning if you do want to lose, gain, or maintain weight.

This one is the current favourite of my three-year-olds. Some of the minigames (filling buckets or putting hedge-fires out with the hose) are a bit tricky for the level of control they have, but older children would be fine with them.  The ‘find objects’ and ‘load Jupiter’ games seem to engage them really well, and the encouragement from Sam’s ‘real’ voice makes them feel like he’s playing along. I suspect it’d all be too simple if they were five, but I imagine it’s going to get a fair bit of playing time while their Fireman Sam addiction lasts.

If your bank offers a mobile app, it might well be worth a look. I can only speak on behalf of having used the Lloyds TSB app, and it’s been a great help as getting out the laptop while the boys are around is fraught with the prospect of them (a) damaging it or (b) ending up playing games on CBeebies while I forget why I turned it on. Being able to check the balance of an account or make a quick payment while making a cup of tea has proved very handy.

One for younger children but still enjoyed by mine, especially the rabbit game, which is an equivalent of Whack-a-Mole. There are also games for guessing the animal by the sound and learning animal names.  The music is slightly annoying so it’s not a great one for keeping them entertained on the bus, but it can be a fun way to learn about animal noises.

For many parents, eBay is a vital source of reasonably priced goods, and presents/supplies that don’t involve taking toddlers to the shops. It’s also a great way to make a bit of money from items you no longer need – which can accumulate when there are kids around. The app makes it easy to buy and sell, removing the need to be tied to a computer in order to track your activity. (In terms of ease-of-shopping, the Amazon app is also good, but eBay is particularly useful because of the selling aspect.)

There are lots of individual apps available from Toddler Teasers covering areas like shapes, colours, shape-sorting, etc. This app brings a lot of the aspects together (and so costs less) and seems a reasonable educational tool. ‘Stickers’ are given as rewards every four goes, and there’s enough variety to keep mine interested for quite a while.

If you don’t already have a Kindle, the app can mean that you actually get to read a bit – if you don’t want to get up and disturb a sleeping baby, you can probably still reach your phone even if you can’t lay your hands on a book. It takes a bit of getting used to because of the small screen, but it can help you feel like your brain isn’t melting away. 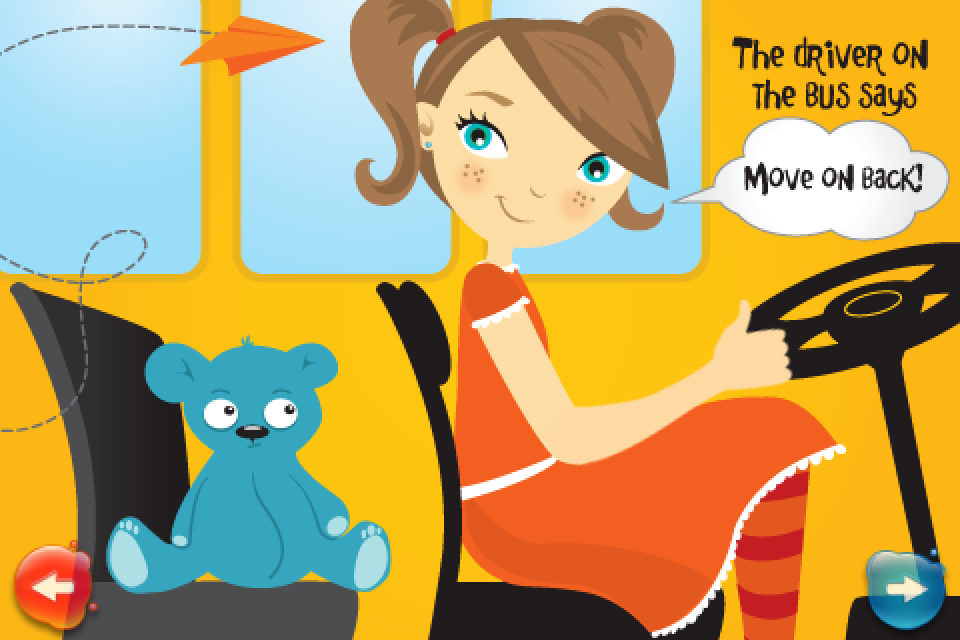 An interactive version of the popular song. You can move the bus along, open the doors, move the windscreen wipers, etc.  It’s the kind of chirpy soundtrack that can drive parents insane after a few minutes, but that children seem to love.  The animation is quite fun, and there are some unusual variations on the song.

There are no doubt thousands of other great apps out there (and I’d love to hear about them in the comments) but hopefully one or two of these will be new to you and prove useful or fun. Happy app-ing!