Warning: "continue" targeting switch is equivalent to "break". Did you mean to use "continue 2"? in /homepages/45/d285268989/htdocs/mummymcauliffe.com/wp-content/plugins/gravityforms/common.php on line 4815
 An autistic Christmas...one year on | mummymcauliffe
Previous Post 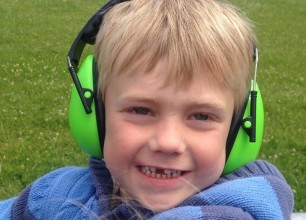 An autistic Christmas…one year on

This post is authored by Katie Pass, who contributed a guest post last December which sparked much debate and interest.

Last year, following a diagnosis of high functioning autism for my son, I wrote a blog post describing how we would be celebrating Christmas. I wasn’t expecting anyone apart from family and friends to read it and certainly didn’t expect it to spark a debate. But it did…was I overprotecting my son?

To be honest, it wasn’t until the New Year when my daughter came home from school upset about how the girls in her year were teasing her as she didn’t ‘fit in’ with how they dressed/ looked/behaved that I started to give it any consideration. As I launched into my speech of “it is so much better to be an individual, to have your own look, to not be a clone”, I started to think about Ben. Was I protecting my son from a world that at some point he was going to have to inhabit with or without my help?

So, nearly a year on, how have things changed and how will Christmas be this year?

Well, sleep or lack of it is still an issue! The only answer to the horrendous night terrors Ben suffers from is time, and a hope that he will grow out of it. After fighting a long battle to get melatonin prescribed I gave up. In this country (unlike the US) melatonin is red flagged – this means it can only be prescribed by a consultant. Our consultant sent us to a sleep clinic instead. This lasted three sessions when I decided that it was time to stop wasting our time and the NHS resources!  The nurse couldn’t get past Ben’s needs (a night light on and his bedroom door wide open) and hanging bells on his door was really not an effective solution! Ben has a weighted blanket but despite my best efforts he is still convinced it smells “funny”.

Then a friend introduced me to Dee Booth Sleep Fairy.  In Dee I found someone who listened to what Ben’s specific needs were. She introduced us to Yawning Yoga which is a firm favourite with both of my children! Ben has a sketch pad which we use at night to draw his worries (as he still struggles to verbalise them) and then we draw a happy picture. Whilst we have still to master a full night’s sleep, Ben has demonstrated that change is possible and things are slowly improving. Dee also took on Ben’s eating issues. He has slowly been able to try new tastes and textures and even food combining – cheese and cucumber sandwiches are a firm favourite now! There is still a long way to go, and potatoes are still a big “NO”. I am not sure he will ever eat a full roast dinner with all the trimming and gravy!

Probably the biggest difference now is that Ben can verbalise when a situation is uncomfortable for him. With help from an OT, I can now understand what he is seeking from his behaviour (spinning and bouncing are to be encouraged!). I now know what the majority of his triggers are and can step in or more importantly listen to Ben when he says enough. He can tell me he needs a cuddle and just how tight he needs to be squeezed. He will tell me when it is time to leave a shopping centre or a restaurant. Ear defenders are our new best friends, as is a carefully packed rucksack (who needs the expense of a weighted vest when this works just as well!), a thick skin and a sense of humour.

For me, the biggest breakthrough came when I stopped trying to change him and embraced his interests. He may just have turned six, but he still loves Peppa Pig, In the Night Garden and Thomas the Tank Engine. His world revolves around emergency vehicles, trucks, trains, tractors and monster trucks! But using these interests he is learning to read, he colours, draws, makes models and is exploring the outside world…and yes, occasionally I use them as bribes!

We have had some scary moments. Stepping out in front of cars is a never ending nightmare, as is launching himself off various obstacles at great speed and his general lack of awareness of a dangerous situation, which has resulted in some narrow escapes and a few visits to hospital. Despite our best efforts he prefers not to go to birthday parties or the cinema. But on the positive side we have found some places that Ben will eat in, he has learnt to ride a bike without stabilisers, he is learning to swim unaided, he survived (and even enjoyed) a day in London coping with all the noise and chaos just so he could finally ride on the underground. His idea of a great day out is riding the runaway train continuously at Chessington. We had a family holiday in Portugal and although Ben lived on ice lollies all week, we all survived!

Last year Ben spent most of Christmas Day sitting in his fire engine tent eating ice cream. This year both Ben and his sister have requested a Christmas at home. We are planning to ride a steam train and meet Santa at the same time. Christmas is, in their words, to include pyjamas (or onesies, Ben’s favourite new item of clothing!), unlimited Sky TV and no pressure – just the four of us -no visitors and nowhere to be. The debate still rages about a real or fake Christmas tree though!

So a year on…Ben and I have lost friends and gained new ones.  We have new experiences to look forward to including swimming with dolphins in Dubai. I will embrace monster trucks and ride steam trains, learn the names of all the planes at the Bournemouth air show, visit the steam museum for the hundredth time and sit through endless episodes of Peppa Pig and In the Night Garden. I will never stop offering him the chance to try new things and listening to when he has had enough. I would rather he experienced something for five minutes than not at all.  So this Christmas, if he wants to sit in a tent and eat ice cream, it won’t be because he hasn’t been given options. Instead it will be because that is what Ben wants to do!