Warning: "continue" targeting switch is equivalent to "break". Did you mean to use "continue 2"? in /homepages/45/d285268989/htdocs/mummymcauliffe.com/wp-content/plugins/gravityforms/common.php on line 4815
 A year in the life of a stay-at-home Dad: part 1 | mummymcauliffe
Previous Post 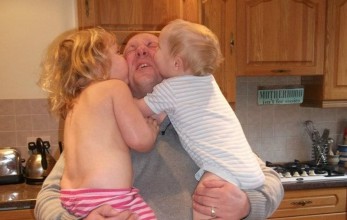 A year in the life of a stay-at-home Dad: part 1

This guest post is written by my friend Gareth Frampton, and is the first in a short series of posts about the realities of  being a stay-at-home Dad.

Back in 2009, just a few months short of my daughter’s first birthday, I received some terrible news. I had been selected for redundancy. Some people would have screamed and shouted, some would have curled up in a ball and rocked themselves to sleep and others would have taken it on the chin and used it as an opportunity for a change. Personally, I did all three…in that order.

Having screamed and shouted at my employers and lambasted them for the selection procedure, lost many an hour of sleep wondering how we were going to pay the bills as my wife was still on maternity leave, I then received a letter outlining my redundancy package which made everything seem ok again.

So this was my time to better myself; to land that million-pound-a-year dream job. To become the man that people looked up to; to be the next Richard Branson. No. As it turned out, the best thing to do in a recession where suitable jobs are scarce is to send my wife back to work. I would become the stay-at-home dad (or SAHD) that seemed to be becoming more and more common. After discussing the issue in great depth with my wife she agreed, begrudgingly, that she would return to work and I would take over childcare of our newly toddling daughter.

I rubbed my hands with glee (behind my wife’s back of course). What could be so hard? Looking after a 10 month old girl would be a piece of cake. They sleep for hours, right? I could play on my PlayStation for at least 12 hours a day now, interrupted only by an occasionally waking little girl who would require little more than a bite to eat and a little play time before returning to her cot for more sleep. And so began my rude awakening to full-time childcare.

Firstly, 10 month old children don’t sleep as much as you think they do. Secondly, they eat. And eat. And eat. And not just stuff you can get out of packets or jars. Oh no. They need to have specially prepared food that Mum leaves instructions on how to make. So my 12 PlayStation hours had quickly diminished to around 12 minutes, if I was lucky. And thirdly, they demand attention…a lot of attention. If you leave them for just a second on their own, the toilet roll will not be a roll any more. The walls will not be magnolia, but beautiful multi-coloured surfaces that Salvadore Dali would be proud of. And the remote control will be in the washing machine, along with every single stuffed toy in the house.

Unbeknown to me, it turns out that children of this age also need to be entertained. My wife very kindly gave me a long list of all the local toddler groups which I could attend. Thinking that the stay at home dad phenomena was taking over the world, I started attending some of these groups imagining that I’d be able to meet up with other dads to discuss the finer points of the 4-1-4-1 formation and how women’s beach volleyball was about much more than just the amount of skin on show. Oh how I was wrong. Not one Dad. Not even a male running any of the groups. Suddenly I was a man in a very female world and I felt isolated…for about two minutes. It turns out that being a man at one of these groups means that you are there for one thing, and one thing only. To be a human climbing frame. Yep, no sooner had I put my carefully packed nappy-less change bag down and looked around the room at a sea of women  staring at me as if I’d come from Mars, did it start. Kids came from all corners, jumping, pulling, pushing and climbing on me, treating me like some kind of bouncy castle.

Apprehensively I returned to the group the following week, and found I soon got to know the Mums through their young, if slightly over-aggressive children. It turns out that big groups of women aren’t nearly as cliquey or scary as you think they might be – which was nice. They can also be quite good at making tea!

My next experience of being a man in a woman’s world was, unfortunately, not so positive and in my next post I’ll tell you a story about a big local company who refused to concede that some men are, in fact, stay-at-home Dads.