Warning: "continue" targeting switch is equivalent to "break". Did you mean to use "continue 2"? in /homepages/45/d285268989/htdocs/mummymcauliffe.com/wp-content/plugins/gravityforms/common.php on line 4815
 When a child starts asking, “Why?” | mummymcauliffe
Previous Post 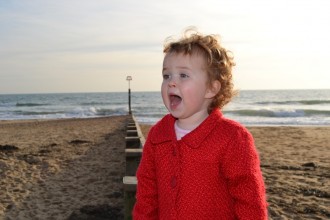 When a child starts asking, “Why?”

Maybe I should have read up on when children begin asking “why?” as it’s completely taken me by surprise. It’s almost as if Little I woke up one morning and decided that she was no longer going to take anything in the world around her at face value, including anything I might tell her or ask her to do. Consequently, even the most mundane conversation such as “put your shoes on”, is promptly followed up with a barrage of “why?” questioning.

For the past week couple of weeks, most of my conversations with Little I have gone something like this:

Me: “Please can you put that in the recycling bin.”

Me: “Because it’s paper, and we can recycle paper.”

Me: “Well because it helps to save a few trees.”

Me: “Paper is made from trees, and so if we are recycling, it means less trees need to be chopped down.”

According to experts, the “why?” stage marks a sudden upsurge in your child’s intellectual development. So as tiring as it might be, it’s a really exciting stage, and one that I have to admit I have been eagerly awaiting.

“When children are very young, they are necessarily very dependent on their Mums – or whoever their main carers may be – but at around two or three, something called “individuation” occurs, when they begin to become aware of themselves as individuals, and to see the gap between how the world is and how they want it to be,” says child educational psychologist Simon Cusworth. “The “Why?” questions start coming thick and fast as a child acquires more and more language and comprehension.”

I have felt a sudden pressure to be able to respond to all of Little I’s questions with accurate, fascinating facts. Now that she has entered the stage of discovery and seems to be soaking information up like a gigantic sponge, as a parent I feel it’s my responsibility to fill her head with as much information as I can about the world around her. Is this normal? I’m assuming that hopefully, it is. Above all else, I don’t want to be fobbing off my daughter with made-up answers – she’d probably see through that anyway!

As I’ve begun reading up on the subject a little more though, I’ve come across advice suggesting that it’s good for your child to know that you don’t have the answers to everything. To quote an article from Babyworld: “children can find it enormously reassuring and affirming to know that parents don’t know everything: it makes it ok for them to be lacking in knowledge themselves, and may ease feelings of inadequacy.” This has helped to make me feel a little reassured…although I could probably still do with swotting up on a few subjects secretly!

One approach we have been taking is to research a question that she has together online, mainly on YouTube. We haven’t yet found a topic that there isn’t a video for! I’ve also been building up a collection of fact-based children’s books, such as an animal encyclopaedia, a world atlas, a book on the solar system etc, which I’ve found she loves to browse through, even though she’s far too young for most of the content. I’m trying to keep this encouragement as informal and low-key as possible though, so that the interest is very much led by her.

But according to one children’s health expert that I’ve come across, when a young child is asking “why?”, they don’t always mean it in the same context as we interpret it. Dr. Alan Greene explains: “After conversing with thousands of children, I’ve decided that what they really mean is, “That’s interesting to me. Let’s talk about that together. Tell me more, please?” When I’ve connected with children and begun to spin a tale to answer this question, they’ve sat enthralled. There was no need to mention because, or therefore, or cause, or effect. They don’t need to know why, all they need is animated attention and me saying whatever came to mind about that subject. After a brief interchange, we were both happy.”

I’m sharing this advice with you as I found it really rang true with me. On occasion, Little I’s “why’s” have been relentless, and I really haven’t been able to settle her curiosity about a particular subject, no matter how deep I’ve dug for an explanation. I think Dr Greene really has a point.

What I’ve found amusing is when I’ve experimented with throwing the “why?” question back at her, saying, “I don’t know, why do you think it is?” It hasn’t gone done well at all. On one occasion she got really quite frustrated, raised her voice and answered: “Mummy, stop asking me ‘why’!”

What did you do when your child began asking “why?” Please feel free to share your experiences and any advice below.