Warning: "continue" targeting switch is equivalent to "break". Did you mean to use "continue 2"? in /homepages/45/d285268989/htdocs/mummymcauliffe.com/wp-content/plugins/gravityforms/common.php on line 4815
 Do we fill our children with our faults? | mummymcauliffe
Previous Post 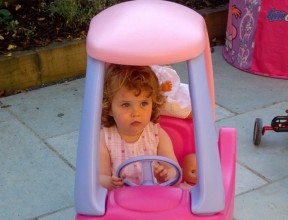 Do we fill our children with our faults?

They [mess] you up, your mum and dad.

They may not mean to, but they do.

They fill you with the faults they had

And add some extra, just for you.

(Philip Larkin, This be the Verse)

As much as my husband and I try to be ‘normal’, well-adjusted parents, I can already see recurring patterns within Little I’s role-play which suggests she is beginning to model our quirks and eccentricities (a nicer way of saying ‘our faults’!)

She’s a child who would much rather ‘act out’ than play with physical toys. Maybe it’s a girl thing? Currently her favourite role play is ‘the fishing hook game’, where she re-enacts the accident that happened a month or so ago on the beach when she got a sea fishing weight impaled in her big toe. Most of us I’m sure would prefer to forget and move on from such a traumatic experience, but Little I chooses to relive it at least once a day and it amazes me how she manages to remember every tiny detail of events, including almost word-for-word the things that I said to her while we were waiting for the ambulance to come. It’s given me a million opportunities to assess how I performed as a parent, and what I could have done better!

Another role-play game that she loves to play is ice cream shops. In many of the swing parks near us there’s a little house or den that she can pretend is her shop, and I have to pretend to be lots of different customers. This is no normal ice cream shop though…it’s actually the most rubbish and poorly stocked shop I have ever come across, and would certainly make efforts to avoid in real life. Whatever flavour ice cream I ask for, it’s generally ‘”run out”, or “melted” or “not for sale”. The prices are also extortionately high.

We also like to play the pizza delivery game (not that we ever order takeaway pizzas). Can you can spot the recurring food theme? I phone Little I up and place my order from the menu that’s been pushed through our letterbox, and she then jumps in her pink Little Tikes car to deliver. But without fail her car always runs out of petrol on the way, and since she has no breakdown cover, we have to tow it ourselves to the nearest garage. We then need to refuel with a watering can, but it always breaks down again shortly afterwards.

On the face of it I find Little I’s creativity amusing, but thinking about it more deeply this must be a window into her observations of me and Andy as parents. I’m sure a child psychologist could have a field day analysing these scenarios.

Thinking about just myself and my faults that I’m aware of, I know I can be incredibly indecisive sometimes, and I think Little I may have noticed! There have certainly been some situations where she’s picked up on my indecision and manipulated it to her own advantage. As time goes on I’m learning that as a parent I need to appear decisive in front of my child and it’s something I’m working on, but I wonder whether it’s this aspect of my personality that she’s replicating in her role-play?

Our children’s play can certainly be a window into our own faults and foibles. It’s amazing what you learn about yourself via your children.