Warning: "continue" targeting switch is equivalent to "break". Did you mean to use "continue 2"? in /homepages/45/d285268989/htdocs/mummymcauliffe.com/wp-content/plugins/gravityforms/common.php on line 4815
 Dealing with Earache | mummymcauliffe
Previous Post 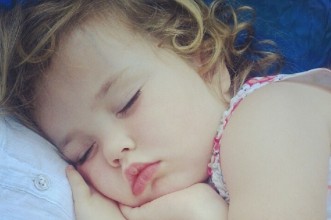 One of my most vivid memories of childhood is being cuddled up with my Mum with earache. I suffered with earache a lot in my younger years, and bizarrely so did my husband. It therefore comes as no surprise that Little I complains of earache fairly often, usually during the night. It comes and goes quite frequently and so far has not led to any infection, but it’s horrible seeing your child suffer, particularly when you still remember the pain and discomfort yourself.

As soon as your child gets old enough to tell you what’s wrong it becomes easier to know when to give them pain relief, and what sort. When Little I was a baby though I was initially very reluctant to give her pain relief, not because I wanted her to be in pain but because I didn’t want to be a parent who drugged up my child every time she seemed out of sorts. In the first few months she cried a lot…so much so that we were asked to take part in a national crying study!

When it came to selecting pain relief medicine for Little I, I didn’t really know where to start. Within my circle of Mummy friends, Calpol seemed to be the most common choice and so that is what I went with for quite a while. I was honestly nervous about trying anything else, just in case it was unsafe…which seems really stupid now!

A recent study sponsored by Nurofen for Children found that 26% of mums don’t realise that ibuprofen is gentle enough to give to children from three months (weighing over 5kg). I definitely fell within that statistic.

I only really discovered the effectiveness of ibuprofen when I picked up a bottle that was on special offer, around a year ago. Little I had been having a hard time with earache and our paracetamol supplies were running low. That evening she woke up very upset, with burning ears and wanting nothing but cuddles. I tried paracetamol initially but it honestly had no effect. An hour later I decided to give her some ibuprofen, knowing that it’s safe to overlap the two. Within minutes she perked up and told me the earache had gone, and quickly went back to sleep snuggled up in bed between us.

According to Dr Hilary Jones, “because ibuprofen has anti-flammatory properties, it can be very helpful for treating inflammation associated with conditions such as teething and earache”.

It was a useful lesson learned, and whenever earache rears its ugly head in our household now, I know how to treat it most effectively.

Another interesting fact I have since discovered is that ibuprofen is clinically proven to provide pain relief for up to eight hours, which is two hours longer than paracetamol.

It really goes to show that there are a lot of myths about when it comes to pain relief medicine for children.