Warning: "continue" targeting switch is equivalent to "break". Did you mean to use "continue 2"? in /homepages/45/d285268989/htdocs/mummymcauliffe.com/wp-content/plugins/gravityforms/common.php on line 4815
 Bournemouth Sky Ride 2012 | mummymcauliffe
Previous Post

Published by Wendy McAuliffe In Days Out No Comments

On Sunday we took part in the Bournemouth Sky Ride – a 6km, traffic-free bike ride through Bournemouth’s town centre, gardens and sea front.

It happened to coincide with our 6th wedding anniversary, and so despite the grey skies and drizzle, we ventured out as planned, thinking it would still be a fun thing to do…which it was. We’d observed the event last year by chance, and so it was really nice to be taking part this time.

Running between 10am and 2pm, there’s no official start point or start time, and you can ride as much or as little of the route as you like, and stop as many times as you want.

I used to cycle every day, but since being pregnant and having Little I my bike has remained hidden away in the shed and I haven’t had a chance to get back on the saddle. I thought it might probably need a service, so Sky kindly offered to supply me and my husband with a rental bike each, and a trailer for Little I (saving us a total of £20!). 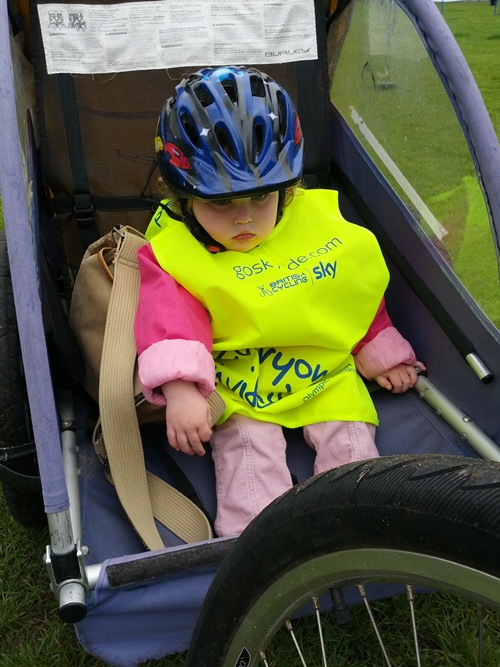 After collecting our bikes from Front Bike Hire by Bournemouth Pier, we joined the Sky Ride route through Bournemouth gardens and made our way towards Meyrick Park which was the official ‘activation’ point. Within the park a small festival was underway with music, a bouncy castle, a few games for children and some drinks tents. In sunny weather it could have been nice, but there was little shelter and so we didn’t hang about for long. Little I was also keen to get back on the road in her chariot! 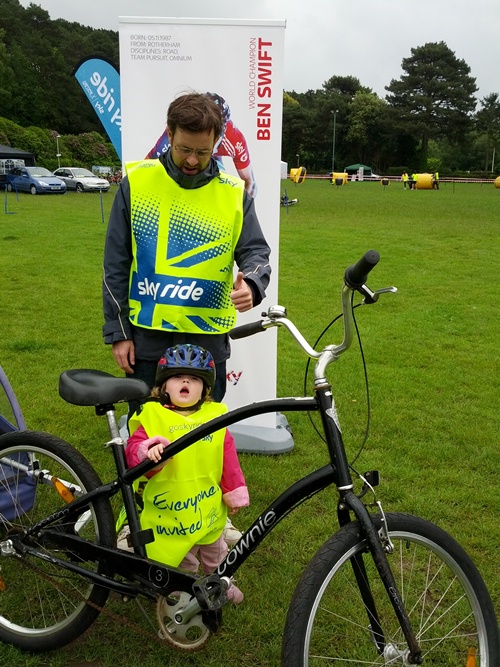 We completed the 6km route twice, and it was nice to feel that we’d cycled 12km that morning. The majority of the route was flat for young children, but a small part was uphill. I really enjoyed being able to cycle through a traffic-free Bournemouth and being given right of way even through pedestrianised areas. I was able to take in details that I hadn’t noticed before, and the route was nice and wide so that Andy and I could cycle side-by-side and have a natter too. If only we could enjoy such a safe, stress-free family cycle ride all of the time, and not on just one day of the year!

There are Sky Rides taking place all over the country, and so if there is one happening near you, it’s a free, family event that I’d highly recommend. It is certainly a great way of tiring the kids out! 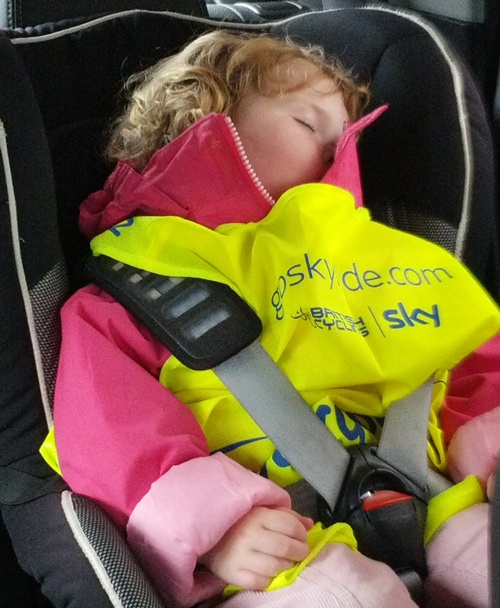