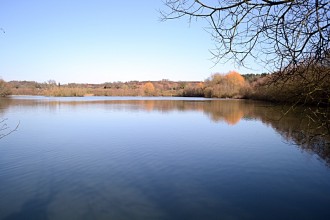 Published by Wendy McAuliffe In Days Out No Comments

My husband has recently developed a passion for photography, and so our weekends now mainly consist of us heading off somewhere nice and scenic where he can happily snap away, while I meander along behind with Little I.

While we have our favourite haunts along the Dorset coastline, we also love exploring new parts of the New Forest which we are lucky enough to also have on our doorstep. Today we discovered the Blashford Lakes Nature Reserve, which lies just outside of Ringwood. Judging by its emptiness on such a glorious spring day, I wonder whether it’s a rare hidden gem that hasn’t yet become part of the tourist trail?

The only explanation we could think of for its peacefulness was that dogs are strictly prohibited from entering any of the reserve, as are cyclists. Since we don’t have a dog, it made a refreshing change going for a country walk without having to dodge dog poo every five metres!

Blashford Lakes is comprised of six tranquil lakes surrounded by pretty woodland and grassland. It was formerly a WWII airbase, which then became a racing circuit, and later sand and gravel pits, before being transformed into a nature reserve and reservoirs. In total, there are five miles of footpaths around the lakes – if you pick up a map when you arrive, the surfaced paths are clearly marked which are probably the most suitable for buggies, but in non-muddy weather the un-surfaced footpaths are also easily accessible. The trails are well maintained and have been very well thought out, with lots of small bridges to walk across which certainly appealed to Little I.

Bird watching is one of the key attractions of Blashford Lakes – there are six hides, and apparently there was a kingfisher about today which we failed to spot. It probably didn’t help that Little I was singing at the top of her voice for most of the walk, while my husband was proving to be the most clumsy nature photographer I have ever seen. Maybe they will ban singing toddlers from the reserve soon too!

I turned out to be the most observant of our family, pointing out a couple of robins, a woodpecker, a pheasant, some beautiful butterflies and a vole. But judging by the serious amount of bird watching paraphernalia that the few people we passed were carrying, we probably missed quite a few rare sightings. Apparently a family of otters can be spotted too at certain times of the year.

Car parking is free, and on arrival it’s worth checking out the Education Centre which is open to all visitors and offers more information about the Blashford Lakes project, along with a TV screen showing their live bird cams. There are also toilet facilities available and a hot drinks vending machine.

We found Blashford Lakes to be a really great place to take children of all ages. For seasonal information before visiting, including what wildlife you should be looking out for, it is worth checking out their blog and Twitter stream. I have also just discovered that there are lovely nature spotting sheets for children that you can print from their website, to help make the visit more educational.

Little I is a lazy little monkey most of the time, who will usually ask to stop for a snack break after the first 100 metres, but today she did an awful lot of walking without too much encouragement…

If you have other child-friendly walks in Dorset or Hampshire to recommend, please do so in the comments section below. 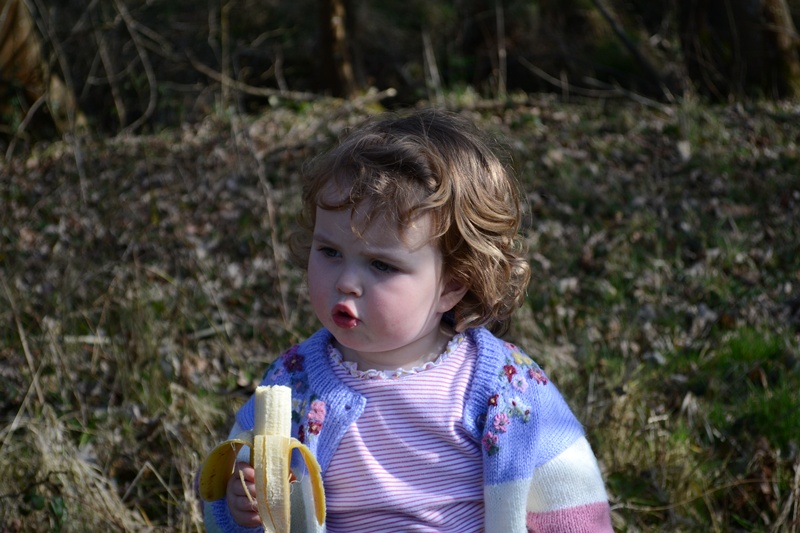