Warning: "continue" targeting switch is equivalent to "break". Did you mean to use "continue 2"? in /homepages/45/d285268989/htdocs/mummymcauliffe.com/wp-content/plugins/gravityforms/common.php on line 4815
 The Slap by Christos Tsiolkas | mummymcauliffe
Previous Post 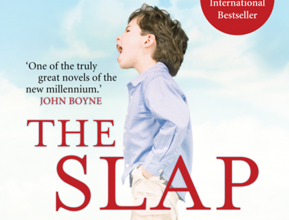 The Slap by Christos Tsiolkas

You will have been hard pressed not to have noticed the buzz surrounding Christos Tsiolkas’ novel The Slap throughout the second half of 2011. It won the Commonwealth Writers’ Prize and was longlisted for the Man Booker Prize, as well as being made into a TV drama that was recently aired on BBC4.

Set in suburban Australia, the story begins at a family barbeque where an obnoxious four-year-old, Hugo, is running wild, upsetting the other children and generally behaving extremely badly. When during a game of cricket he looks like he’s going to hurt another child, that child’s father impulsively steps in and smacks Hugo. The party quickly breaks up and Hugo’s parents, Rosie and Gary, who fail to recognise the part they should have played in disciplining their child sooner, quickly rush to press charges against Harry, the man who has slapped their child.

But the story isn’t really about the theme of child abuse or corporal punishment, or even what happens to Harry. The slap is rather the trigger to a much deeper examination of 21st Century multiculturalism within Australian society, and the strain that this is putting on family, friendships and values. As the repercussions of the proverbial slap reverberate across all of the primary characters involved, the story delves deeper to tackle issues of race, class, age and gender. Without ever having visited Australia, I found the contrast between here and there, in relation to racism and misogyny in particular, to be years apart – yet these tensions are clearly still present in parts of Britain, and still lying deep below the surface.

I’m struggling to neatly summarise The Slap, as it’s not the sort of novel that lends itself well to that sort of a review. The story is told via its eight primary characters, who are a blend of second-generation Greek Australians, white Australians, descendants of Aborigines and ethnic Indians. Each ‘own’ one chapter, which enables the story to move forward via differing perspectives. Personally,  I really liked this narrative approach, and found it kept the story moving at a fast pace, as well as giving the reader a good chance to get to know each of the characters in a nice amount of depth.

There’s some lovely, crass humour in The Slap, and a few bits that you won’t want to be reading in public, if you get my drift…and overall, I found Christos Tsiolkas’ style of writing really refreshing and different. So much so that I immediately grabbed another of his novels when I saw it displayed at my local library.

If you didn’t encounter The Slap in 2011, I’d highly recommend that you place it on your 2012 reading list.