Warning: "continue" targeting switch is equivalent to "break". Did you mean to use "continue 2"? in /homepages/45/d285268989/htdocs/mummymcauliffe.com/wp-content/plugins/gravityforms/common.php on line 4815
 The Man Who Planted Trees by Jean Giono | mummymcauliffe
Previous Post 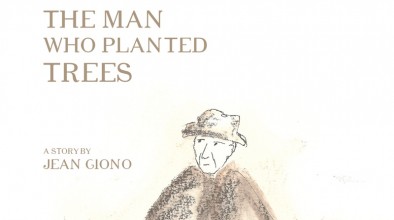 The Man Who Planted Trees by Jean Giono

Finding a book that’s of as much relevance to a parent as to a child is a rare and special find. Authors who can write successfully for such a vast age range are few and far between.

The Man Who Planted Trees (or L’homme qui plantait des arbres’) by French author Jean Giono is a legendary tale written in the 1950’s, which has been translated into a multitude of languages. The publishers, Far Far Away Books, who kindly offered me a review copy, claim the story will appeal to anyone aged 12 to 100, and it certainly appealed to me at 33!

It tells the story of one shepherd, Elzéard Bouffier, living in a desolate valley in the foothills of the Alps near Provence throughout the first half of the 20th century, who single-handedly re-forests and resurrects the wasteland around him. It is a message well ahead of its time, and one that has stayed with me in the few days since reading the short tale.

The story is narrated by a young man who remains anonymous, and who in 1910 and at the start of the book, sets out on a lone journey on foot through a wilderness region of France.  There is no trace of civilization and natural springs have dried up years ago. He is in desperate need of water, and at that point in his journey meets Elzéard Bouffier for the first time, who takes him in and gives him food and rest.

The shepherd is a man of few words and the narrator is fascinated by his lonely existence. On the first evening the narrator observes him carefully select one hundred perfect acorns from a pile that he has collected, which he painstakingly plants by hand the next day.

“He had been planting trees in the wilderness for three years. He had planted one hundred thousand of them. Out of those, twenty thousand had sprung up. Of the twenty thousand, he still expected to lose half, because of rodents or the unpredictable ways of Providence. That meant ten thousand oaks would grow where before there had been nothing.”

Over the course of the next 40 years, during which time two World Wars take place, the shepherd continues in his tree planting mission, and the narrator continues to visit him. The narrator sees the desolate hills transform into a magnificent forest, where streams begin to flow again and civilisation returns. The old shepherd had breathed life back into the land.

The Man Who Planted Trees is a short read, and a satisfying and thought-provoking one. I had interpreted it as part-autobiographical, but having done a little bit of background research, it seems it’s not…although I still find this really hard to believe. The allegorical message however is there for readers of all ages.

Additionally, the book itself is beautiful. It’s printed on thick, luxury, ethically-sourced paper, and the soft illustrations by Vanessa Capela make it a truly original book to have on any family bookshelf. It’s such a timeless tale that you could read it again and again, and pass down generations.