Warning: "continue" targeting switch is equivalent to "break". Did you mean to use "continue 2"? in /homepages/45/d285268989/htdocs/mummymcauliffe.com/wp-content/plugins/gravityforms/common.php on line 4815
 Review of Sweet Tooth by Ian McEwan | mummymcauliffe
Previous Post 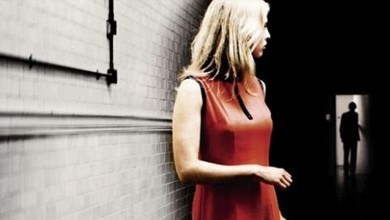 I really didn’t need an extra book to add to the leaning tower of Pisa next to my bed…but when in the library the other day with Little I, I couldn’t resist picking up Sweeth Tooth, the new novel by Ian McEwan that was on display. Dangerously I read the inside front cover, and the words ‘Cambridge’, ‘intelligence services’, ‘a compulsive reader of novels’, ‘literary world’, ‘espionage’, ‘undercover life’ and ‘love’, jumped out at me. If there was ever a book written for me, this had to be it. There was no way I could put it back on the shelf for someone else to grab!

Over the years I’ve read a fair amount by Ian McEwan, and particularly enjoyed Amsterdam and Atonement. In his new novel I was expecting to enter the secret underground life of espionage and double identities, but my expectations couldn’t have been further off the mark.

The first 100 pages seemed to achieve very little than set the scene, in a way that never proved to be particularly essential. We’re introduced to the central character, Serena Frome (“rhymes with plume”) who is quite a frivolous, naive girl who is just finishing off her degree in Maths at Cambridge University, but who is a literature student at heart. I don’t think I ever really warmed to her, despite our shared love for books and reading. I was hoping for her to be a strong heroine, living an exciting secret identity…but on joining the secret service in an admin role, she is sent on the dubious and rather feeble mission, codename Sweet Tooth, of signing-up a young, aspiring writer, Tom Haley, to a fund that is backed by MI5.

It comes as little surprise that Serena falls for the writer, and a passionate love affair quickly develops between the two of them. Because of the nature of her work, she’s unable to reveal her true identity to Tom. Although she struggles with her deception, it’s purely in relation to her affair, and at no point does she question the ways in which she might be compromising her mission or MI5. I found this quite annoying, I have to admit!

In many ways this book is an examination of the art of writing and the ‘invented self’. Tom Haley’s short stories are shared in their full form, and Serena questions how much his characters are a reflection of his inner self. Consequently this makes the reader question how much of McEwan is in Haley, and so the novel becomes quite a self-reflective piece of writing. Ultimately this is a novel about writers and writing.

The pace of things certainly speeds up within the second half, as events become more tangled and less predictable. There are a few nice twists and turns, culminating in an unexpected double-bluff at the end. I really did like the way in which McEwan brings things to a conclusion – I love a book with a good ending!

Overall, Sweet Tooth is a light-hearted, enjoyable read with some interesting insights on writing…but don’t expect a fast-paced story of espionage. Part of me was left feeling that McEwan didn’t cash in on all of the opportunities that were there to tell a great story (in my humble unpublished opinion!). There’s a lovely clue dropped within the beginning of the book relating to an affair that Serena has with an older professor while at Cambridge, who in fact grooms her for the intelligence services. I spent much of the book anticipating where this clue would lead, but it was dropped rather feebly towards the end which was rather disappointing.

I wouldn’t recommend you rush out to buy the hardback version of Sweet Tooth…I’d suggest you wait for the paperback, or borrow it from the library! Please let me know if you read it and think otherwise.