Warning: "continue" targeting switch is equivalent to "break". Did you mean to use "continue 2"? in /homepages/45/d285268989/htdocs/mummymcauliffe.com/wp-content/plugins/gravityforms/common.php on line 4815
 11.22.63 by Stephen King | mummymcauliffe
Previous Post 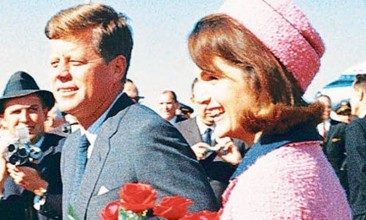 I read a lot of Stephen King as a teenager, but it’s been a good 15 years since I picked up anything by him. Yet something about 11.22.63 really intrigued me. Maybe it was the sheer weight of it – 740 pages no less! But I think it was the premise: if you had the ability to change history, would you? Would the consequences be worth it?

The opening is incredibly fast moving. By page 27 the central character, schoolteacher Jake Epping, has stepped through a wormhole in his local burger joint, taking him back to 1958. King’s depiction of the late 50’s is instantly vivid and absorbing. It made me thirst for a cool root beer, even though I’ve never tried one and would most probably hate it!

As the title suggests, Jake’s motivation for stepping back in time is to find Lee Harvey Oswald, investigate whether he was solely responsible for the assassination of JFK, and if so, wipe his name from history and save the president. American history in particular would clearly be very different if JFK had survived.

11.22.63 is one of those books that once you begin reading, you really want someone to discuss it with. It has renewed my fascination with the subject of time travel. So much so that I want to go on and read a book that King credits in his ‘Afterward’. Putting it simply, King explores the idea that the past is obdurate to change. Each time Jake returns to the late 50’s/early 60’s, the past resists his efforts to change history more fiercely. The butterfly effect is also dealt with in a thought provoking way, creating the notion that every minor change to the past could result in massive consequences in the future.

Despite this being an easy read, it took me a while to get through it. There are places where the plot is extremely discursive and drawn out. King reveals at the end that he originally tried to write this book in 1972, but decided to drop the project because of the level of research that was involved, which he couldn’t take on while teaching full time. So I wonder if King viewed the writing of this novel as a long-awaited indulgence. That’s certainly the sentiment that came through to me in places, as it’s certainly more about the journey than the destination. But this shouldn’t deter anyone from reading it, as despite it being overlong and occasionally jumbled, it is a truly unique piece of fiction and it’s been a long time since I read something that I just couldn’t stop thinking about. Despite the fact that I finished it a few days ago, I still can’t shift Jake Epping and the other key characters from my mind. I should probably also mention that it’s also a great love story.

I won’t give anything away about how the book ends. Does he manage to save JFK? I’ll leave you guessing. But there are a few unexpected twists and turns, and overall I felt that King dealt with potentially complex and messy subject matter in a brilliant way. I wasn’t left disappointed with his conclusions about time travel, which I feared I would.

This is definitely not a book for commuting, unless you have a Kindle. But as evidence of how much I enjoyed this book, I took the hardcopy version to Frankfurt with me and to London on a couple of occasions!

If you’ve read the book, or have any thoughts to share on Stephen King in general, or the subject of time travel…I’d love to hear. 11.22.63 received mixed reviews, so you may completely disagree with my assessment! 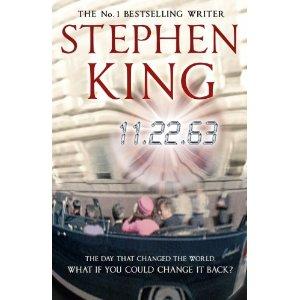