Warning: "continue" targeting switch is equivalent to "break". Did you mean to use "continue 2"? in /homepages/45/d285268989/htdocs/mummymcauliffe.com/wp-content/plugins/gravityforms/common.php on line 4815
 Review for World Book Day: The Help | mummymcauliffe
Previous Post 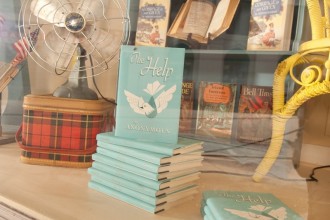 Today is World Book Day, and I know many children have gone into school dressed as their favourite book character.

Speaking personally, I have always loved a strong, unconventional heroine…and last night I finished reading ‘The Help’ by Kathryn Stockett, which just happens to contain one of the most loveable, inspirational female characters that I have ever come across in a book. In fact there are two, and I find it hard to choose my favourite…

Minny and Aibileen are two black maids working in Jackson, Mississippi in 1962, when segregation is still very much a part of Southern society. Aibileen is raising her seventeenth white child, Mae Mobley, who she is more of a mother to than the girl’s own mother, who shuns continually shuns her child’s affections. Minny has a full brood of her own but her fiery tongue is her constant downfall, along with her abusive husband who she has tolerated for many years.

Over a period of time an unlikely and risky circle of friendship forms between the black maids and Miss Skeeter, a white college graduate. Miss Skeeter is a budding writer and out of her group of childhood friends, she is the only one questioning attitudes and beliefs towards the black maids who wait on them. She embarks on a project that Minny, Aibileen and several other black maids agree to help her with, despite the terrifying risks to themselves and their families. Their reason for doing so: to tell their stories truthfully, and “for women to realise, We are just two people. Not that much separates us.”

The book is told via the three authorial voices of Aibileen, Minny and Miss Skeeter. I loved the voices of the first two – Miss Skeeter for some reason I found I could trust less, as her intentions sometimes seemed a little ambiguous. To me this seemed strange, as The Help is written by a white Southerner, and the story although fictitious, is largely based on her own experiences.

The book is an incredibly moving read, particularly if you are a mother. The sections dealing with Aibileen and Mae Mobley’s relationship is heartbreaking, although it’s for this reason that Aibileen is my heroine. Every single day, she reminds Mae Mobley, “You is kind. You is smart. You is important.”

This particular passage says it all:

“Do you have some babies?” [Mae Mobley] ask.
“I laugh. I got seventeen of em…That’s enough to fill up this whole kitchen,” I [Aibileen] say.
Her brown eyes is so big and round. “Where are the babies?”
“They all over town. All the babies I done looked after.”
“Why don’t they come and play with me?”
“Couse most of em grown. Lot of em already having babies a they own.”
Lordy, she look confuse. She doing her figuring, like she be trying to count it all up.
Finally I say, “You one of em, too. All the babies I tend to, I count as my own.”

I loved ‘The Help’ on so many levels, but probably what stood out the most for me was its depiction of friendship. The relationship that Aibileen has with Minny is so beautifully portrayed, and I have to say it made me wish that I had a friend living so close by who I could chat with in the way that they do. They genuinely share the intricacies of their lives with one another, and when it comes to it, Minny is prepared to risk everything for her best friend and others.

I haven’t yet seen the film which scooped an Oscar for Best Supporting Actress as I was keen to read the book first, and I’m so pleased that I did.

If you’ve read the book and have any further views to share, please do so below. I’d love to hear what you thought of ‘The Help’.