Warning: "continue" targeting switch is equivalent to "break". Did you mean to use "continue 2"? in /homepages/45/d285268989/htdocs/mummymcauliffe.com/wp-content/plugins/gravityforms/common.php on line 4815
 My top reads of 2015 | mummymcauliffe
Previous Post

2015 was the year that I, along with a few good friends, decided to set up a book group. We all have busy lives, but we thought a book group would be a great way of making reading a top priority, while also expanding our literary tastes. For me, it has certainly achieved both of those objectives, and I really look forward to our monthly get-togethers, and a chance to talk about my favourite topic of all…books!

Our very first read, at the beginning of 2015, was Life after Life by Kate Atkinson. It proved to be a fantastic choice, and 12 months on, I still think about it a lot. It’s definitely one of those books that you need to dedicate your evenings to for a week, and read quickly, or you will get totally lost. But it’s really worth it, as it’s probably one of the most inventive books I’ve ever read. 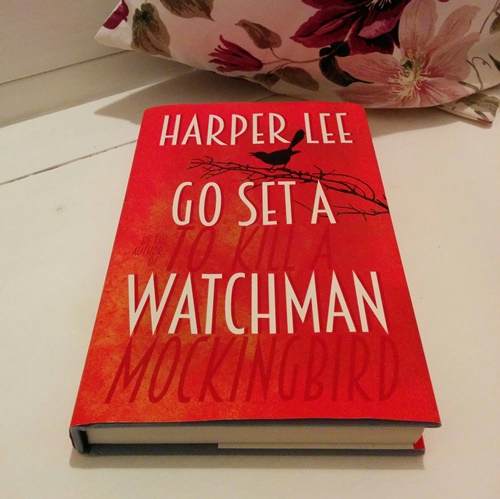 Two other fantastic reads were To Kill a Mockingbird and Go Set a Watchman. I’d read the former at school as a teenager, but to re-read it as an adult, and particularly as a parent, was a revelation. The characterisation of Scout and Gem, and their father Atticus Finch, is wonderful, and the book reads like poetry. If you haven’t picked it up since school, I really urge you to re-read it now, and immediately follow it with Go Set a Watchman. For a couple of weeks I was genuinely transported to Alabama in the height of summer. Go Set a Watchman has received a lot of controversy and criticism, but ignore it, as I truly loved it. It certainly didn’t destroy my love of Atticus Finch, as it did for some people.

If you’re after something completely different though, our non-fiction read, Do No Harm, was another truly memorable read and one that I couldn’t recommend more highly. It is written by Henry Marsh, one of the UK’s top neurosurgeons, who was made a CBE in 2010. It is strikingly honest about the exhilarating drama of brain surgery, the agonising decisions that surround complex or hopeless cases, and the unfathomable consequences when things go wrong. I was in constant awe of Marsh as I was reading, to the point where I went on to watch the documentaries he’s also made.

The Island by Victoria Hislop seemed to be a book that everyone had read, apart from me, and so I was determined to read it last year. I read it very quickly as I simply couldn’t bear to put it down. It was one of those books that I took everywhere with me, and read even while I was cooking (which resulted in a few slightly burnt dinners!). It surprised me, as I admit I didn’t think much of the opening 40 pages which are set in present day, but as soon as it jumps back in time to the main story set in Crete, it’s wonderful. 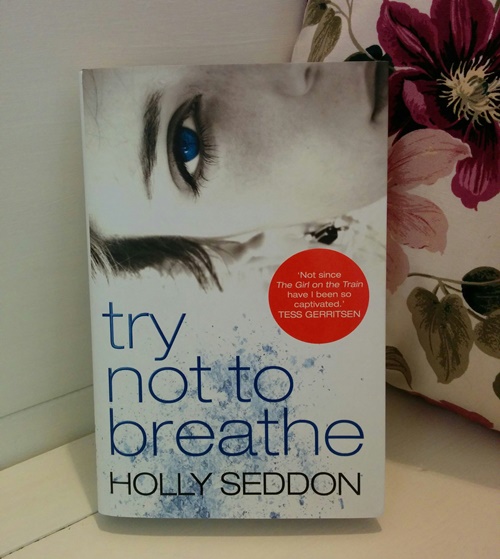 I also read a few really good thrillers in 2015. The highlight of the bunch has to be Try Not to Breathe, written by my friend Holly Seddon! I was lucky enough to receive an early copy for review, but the title launches officially in the UK next week. It’s crazy seeing a book in hardcopy, with your friend’s name on the front. I knew it would be great, and I wasn’t disappointed. Personally I think it easily trumps Girl on a Train, which I didn’t feel lived up to the hype and which I soon forgot about. Try Not to Breathe tells the story of a teenage girl, Amy, who has been trapped in a persistent vegetative state for the past 15 years, since she was attacked and left for dead. The central character, Alex, who’s a journalist with a severe drinking problem, takes it upon herself to unravel the mystery behind what really happened to Amy. It’s extremely fast-paced and gripping, and kept me reading into the early hours as I simply couldn’t put it down. I love it when that happens with a book. I can’t wait to see it fly off the shelves this month!

2014 was the year I fell in love with Donna Tartt’s The Goldfinch. It was one of those books that I never wanted to end, and which I’m sure I will never forget. Tartt has only written two other full length novels (along with a couple of short stories), and so I felt I needed to space out her other works. Last year I treated myself to The Secret History, and what a treat it was. Tartt is one of those incredible authors who could be writing about anything, but it would always be beautiful. Her characters seem to come so alive on the page, that when I’d finished both of her books, I genuinely longed for them still. This year I can’t wait to read The Little Friend…and in the meantime, Tartt had better hurry up and write more!

So there you go, my top picks of 2015. I can’t wait to see what I come across in 2016 – thanks to a special friend who has been collecting books for me from around the world, I have my reading pile pretty much sorted already! If you have anything to recommend for me and my book group though, I’d love to hear below!